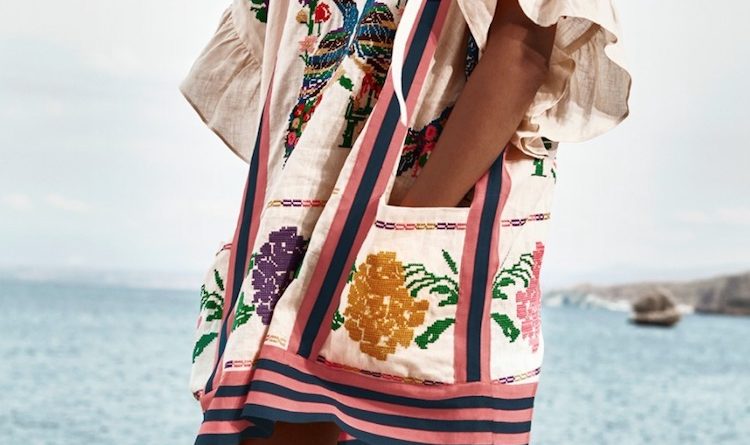 Cultural appropriation seems to pop up in even the most esteemed designers’ work, so why are experienced labels unable to avoid controversy?

Zimmermann hit headlines last week with allegations of cultural appropriation, after a tunic dress from its latest collection was alleged to have replicated a design from a traditional garment belonging to the Oaxaca region in Mexico.

The brand released a statement on Instagram acknowledging the mistake, saying: “We apologize [sic] for the usage without appropriate credit to the cultural owners of this form of dress and for the offence this has caused. The error was not intentional, but Zimmermann immediately removed the item from all Zimmermann stores as well as our website.

“Zimmermann has now reached out to and met with the Instituto Oaxaqueño de las Artesanías, the government body that represents the artisans of the Oaxaca region, offering a formal apology. We are currently working with them towards a suitable solution.”

Zimmermann isn’t the first to offer a quick apology for alleged stolen designs. This story is something I write every few weeks as a fashion writer. This is why it keeps happening.

It’s a question almost every fashion journalist worth their words has asked themselves at one time or another. It’s a question that makes headlines almost every time it occurs. It’s at a point now where cries of appropriation are met, by even the most tenured diversity-minded writer, with a bored eye-roll. What else can you say on this subject?

So, the writer decided that rather than trying to answer these questions again myself, it was better to leave it up to the industry to solve them. I sent out a request for comment from all corners of the fashion industry, and here’s what I learned.

What is cultural theft?

At this juncture it’s important to, once again, reiterate exactly what ‘cultural appropriation’ means, within the context of fashion. Cultural appropriation, as it is commonly known, refers to the unapproved use or reproduction of culturally specific ideas, art and music, as well as language and iconography.

Generally, these images or symbols are taken from a minority culture and injected into a dominant culture as a ‘new idea’. The colonial era is the main historical source of this practice. There is a performative aspect to appropriation; dominant cultures ‘play-acting’ as minority cultures, without experiencing the discrimination or collective historical trauma that goes with it.

What Zimmermann did was a pretty clear-cut case of appropriation: it took the work of local craftspeople, likely injected it into a mood board without cultural context or attribution, and presented it as its own ‘new’ idea.

It’s hard to say whether Zimmermann’s design team did this intentionally or accidentally. Despite the brand’s delicate post-outrage PR spin, or some of the interesting inside information I’ve personally received from current and ex-employees, without being there and seeing it for myself, I can’t reliably comment. What I can say is, it won’t be the last.

What about the education system?

The most frequent question regarding cultural appropriation is whether the education system provides adequate training for design students. Do you think there should be more information at the training stage? Does fashion school actually provide this information?

An informal survey of past and current fashion students revealed that many had been given assignments on appropriation. No, not on how to avoid it – but, rather, how to do it. *pulls collar uncomfortably*

Yep, quite a few ex-students told me they were actively encouraged to appropriate – including one student who completed an entire assignment dedicated to choosing a culture to ‘take inspiration from’ for a design, without requiring them to convey context, attribution or significance to their original sources.

One respondent, a current design student, said that the issues around cultural appropriation were taught unofficially – that is, it wasn’t part of the syllabus, but it was discussed – but that she would prefer to have more education on the subject, perhaps as a formal assignment.

The need is there. Young designers are desperate for information on the dangers of cultural insensitivity and how they can avoid them. But at least for now, it seems like it’s in the too-hard basket for many design schools.

Is it linked to fashion’s lax attitude toward copyright?

I often wonder if cultural appropriation is… well, cultural. It’s a well-known fact that the fashion industry can’t really defend copyright in the same way that other arts do. Does this contribute to an attitude that it’s all fair game when it comes to ‘inspiration’?

As high-end designers watch high street brands replicate all but a whisper of their original designs for a bargain-basement price, it’s probably no wonder that the prevailing attitude within the fashion community is ‘it’s all fair game in fashion’.

In fact, Australian copyright law doesn’t apply to any design within the fashion industry once it has been commercially manufactured, or what is legally referred to as “industrially applied”.

Obviously, this is a gaping hole in copyright law – particularly within an Indigenous and First Nations context – and one that has inspired countless challenges to no avail. For example, it took Gucci nine years to settle with Guess in a multi-country legal battle regarding use of its diamond pattern and logo trademarks – and they were legally protected trademarks, not just simple clothing designs.

From some of the insiders I’ve spoken to this week, it certainly seems like the go-to process of most design teams involves the (perhaps concerning) habit of ‘mood boarding’ – that is, gathering together multiple examples of inspiration and combining them into a single, new design. When you consider this as standard practice, it’s easy to see how a cultural reference can get lost in the mix without adequate attribution.

When it comes to cultural appropriation, it’s important to note that it’s not a uniquely ‘White’ issue. Amongst those within the pop culture sphere who have been accused of appropriating other cultures are American comedian Awkwafina, whose ‘blaccent’ was called out after Crazy Rich Asians became a hit, and Nicki Minaj, for her costumed portrayal of fictional Chinese gaming character Chun Li.

However, the majority of examples come from Western and White cultures. Fashion has a long history in appropriation. Although I don’t have the column inches to run through the historical intersection of colonialism and cultural appropriation, you can read an interesting article on it here.

This is why it matters: the majority of fashion industry leaders are White. When you really think about it, it’s quite shocking to consider that Edward Enninful became the first Black UK Vogue editor only recently in 2017, and even then he was racially profiled whilst entering the building. In 2018, Virgil Abloh became the first Black director at Louis Vuitton. Rihanna was the first Black woman to lead a luxury brand at LVMH in 2019.

These moments are important because they’re firsts, they’re still rare, and they’re very, very recent. It’s impossible to separate the importance of White influence and power within the fashion industry, and its systematic and insidious use of other cultures for empty inspiration without attribution.

However, the source of cultural appropriation may not be important in all aspects. Whether it be ignorance or uninterestedness – it really doesn’t matter. As long as it keeps happening, and there are few ramifications for labels who do it (apology, begrudging attribution, move on), it won’t change until those in power seek to break down the systems that enable it from within.

Until then, I call on all my fellow, appropriation-fatigued fashion journalists; eye-roll all you like. Just keep on reporting it. Accountability is the key to achieving change. 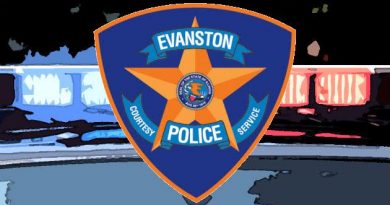 Tools grabbed off truck on Kedzie 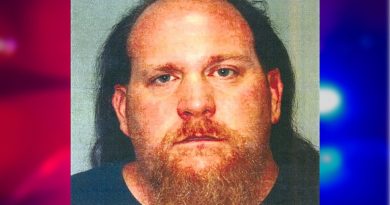 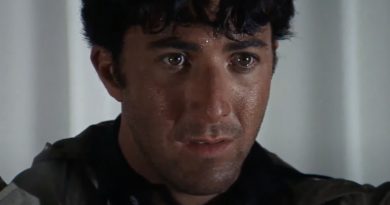